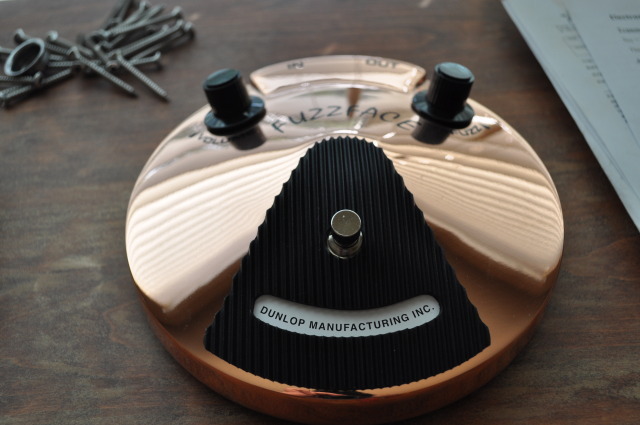 Fuzz pedals are strange. Technically they’re very simple, just a few transistors connected together to distort an audio signal. However, despite this, or because of it, they all seem to sound and react differently, even between pedals with identical components and wiring. I guess it could be something to do with inaccuracies in the resistors and transistors. I like fuzz pedals a lot. The ones I’ve used are Analogman Sunface, Fender Tonebender, Death-by-audio something something and the Dunlop Bonamassa Fuzz Face. These pedals all have different sounds and uses. the tone bender has octave up sounds that can sounds like a SID chip on steroids, the Death-by-audio pedals can create noisy soundscapes from hell and the Sunface can nail Hendrix-esque tones. Out of these the pedals though, the Bonamassa Fuzz Face is definitely my favourite. At low pickup volumes it compresses the signal and adds a shimmery gloss. At higher pickup volumes it breaks up in to fuzz very smoothly and ends up with a really warm, not quite as fuzzed out tones as the others. In my opinion it’s more versatile and lets more of the guitars own sound through. 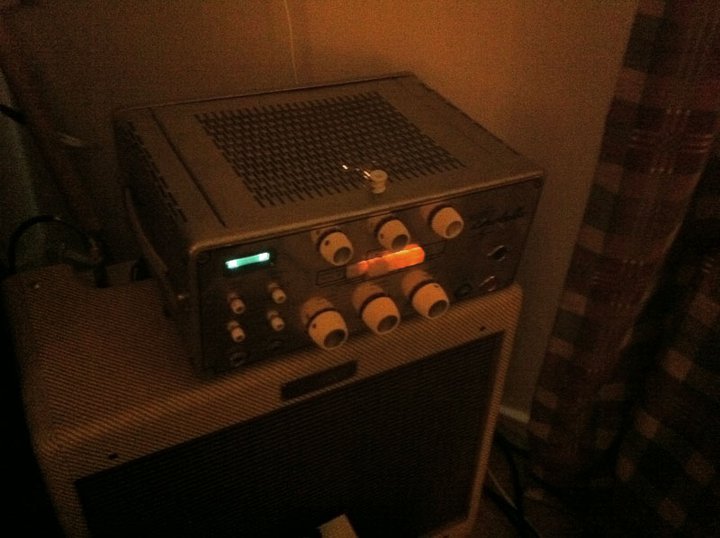 The band Dungen, embedded above, has a fuzzed out guitarist by the name of Reine Fiske. He’s got some lovely fuzzed out tones, and his equipment reveals a big component in making fuzzes sound good. A fuzz depends a lot on what is going in to it, and where’s it going afterwards. Fuzzes are very sensitive to the input signal. There is a variable breakup in sound from weak to medium input signals, but as you increase input signal strength you reach a saturated max point. Therefore, using high gain pickups often means you won’t be able to use the full range of sounds a fuzz can produce. Also, plugging a fuzz pedal straight in to a completely clean amp can sound harsh, since the pedals rarely have any EQ. Having an overdrive after the fuzz smooths out the harshness. Hendrix used to cook his Marshall amps before hitting them with his fuzz face for this very purpose. Reine Fiske uses a Klemt Echolette tape echo machine for similar effect, as it has a very warm preamp stage. Even without the echo engaged the Klemts preamp overdrive and EQ are very nice sounding. A cool feature about the Echolette is that when you put the input gain almost on full blast the signal gets heavily compressed, as can be heard in the song above.

A friend of mine, Alex, who knows a lot more about electronics than I asked me if I wanted to build some pedals. I immediately thought of a pedal I’d seen in a picture of Reine Fiske’s live gear. It was a mystery pedal called the Carlin Compressor, a Compressor/Fuzz combination that a lot of prog guitarists were using in Sweden in the 70s. I’ve tried to find more info about the pedal, but no copies could be found on eBay and I still haven’t been able to find any sound or video clips of it in action. What is very easy to find, oddly enough, is the schematics for the pedal! Turns out the guy who made the pedal in the 70s posted up a schematic of the pedal, along with photos of the original circuit. 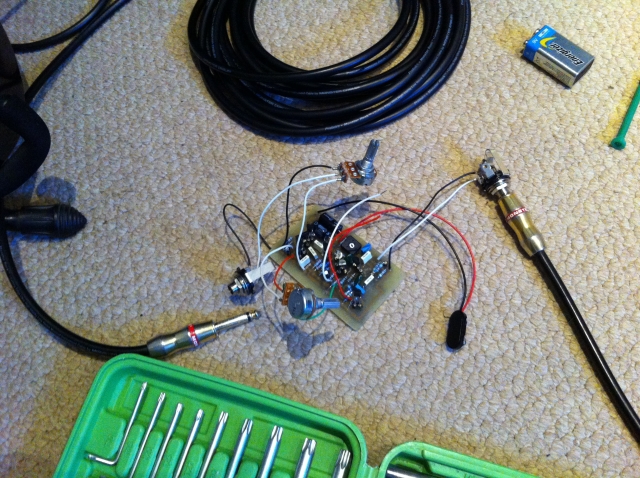 Making the pedal wasn't especially dramatic and turned out to be a lot easier than expected, given that the only electronics work I've done in the past is small amounts of soldering. The most tedious part was converting the old school 4 band resistor values to 5 band. After soldering everything on I'd only made three mistakes, all easily rectifiable. Two paths had been soldered together at one point, and two other solder points weren't done well enough. 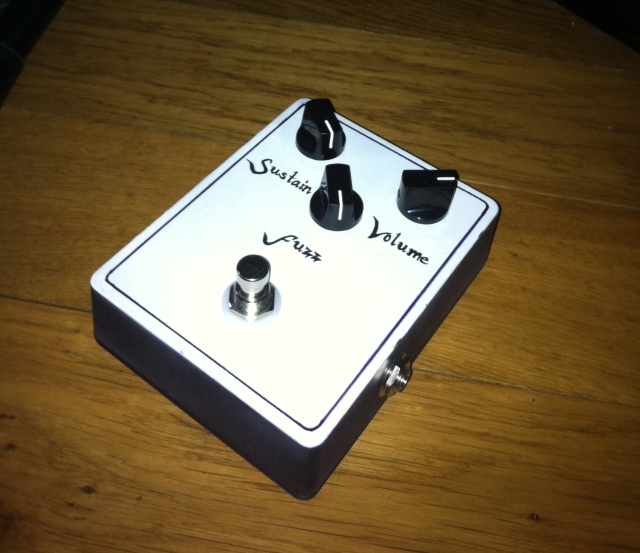 The Carlin Compressor turns out to have a nice, juicy compression. The fuzz isn't very dramatic and doesn't reach anywhere near the gain of other fuzz pedals I've tried. I think the pedal sounds really nice using single coils, and because of the compression and smooth low gain fuzz it's well suited to go straight in to a clean amp. I'd recommend it to anyone who's into guitars and effects to try and build one yourself. It's a lot easier than I expected. Here's a wee tune I made with the pedal, it's used on all guitars and bass lines. I plan to do a more exhaustive video demo at some point in the future.
Posted October 10, 2012